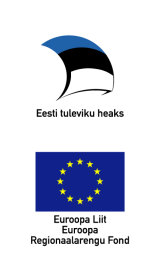 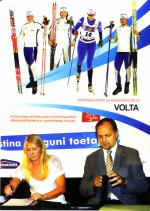 The main product of the plant has been three-phase asynchronous electric motor with short circuited rotor. It is the only plant in Estonia with the corresponding know-how and the leverage of a broad nomenclature of equipment. Independent units for diverse orders have been formed on the basis of departments which were earlier limited to the production of details for the main product only.

Machine bulding industry is the main area of application of our electric motors. Market share has been gained with a quality product and an interesting price - western analogues with the same characteristics are more than twice as expensive. Our production program includes complete motors with the nominal output of up to 30 kW.

The department of experimental work manufactures equipment according to the drawings supplied by clients. The work is performed by full- automatic metal processing lines, turning and drilling tools (including big-dimensional), grinding equipment for large surfaces, round grinding etc.

The plant is repairing and renovating several types of electric motors with the nomunal output of up to 400 kW. Performed repair works include winding, bearings exchange, repairs of stators and rotors, motor balancing, painting and testing.

The stamping equipment of the plant includes four automatic presses (200-315 tons) for manufacturing stator and rotor laminations with a diameter up to 400 mm. The productivity of one automatic press is up to 7 tons of production per shift. Twelve semi-automatic presses are with diverse pressure power (up to 315 tons). These presses are used for fulfilling orders according to subcontracts and for the own production of electric motors.

Winding department is specialized on small series production (up to 25 000 one type electric motors per year). We also offer a single sample winding. Modern testing equipment is being applied. Due to diverse suppliers we may produce B, F as well as H isolation class windings.

Wind generators are the relatively new field of activity and it was started only in 1999. First small batches were delivered to Finnish and Swedish producers of wind generators in 2000. Presently, the production covers casings for wind generators and wound stators (up to 30 kW); future perspectives include permanent magnet rotors and vertical blades production as well.

Automation of industrial equipment is a new field of activity that was started in 1998. Within 18 months four automatic presses and two 400 tons pressure casting machine have been completely renovated, additionally several smaller installments. For the purpose of automation of industrial equipment and production lines, Volta has elaborated a micro-controller that has been effectively used in own production.

Manufacturing of stamps and dies

Stamps and dies are produced by the experimental work department. There are suppliers for hard-alloy parts. “Cassette” stamps and dies are presently under construction and may be used to cut down the prices of small series production due to the exchangable working parts (stamps - matrix; dies - heat resistant parts). Additionally, this construction simplifies the maintenance significantly.

During the recent three years, the plant Volta has produced and repaired AC electric motors and this will remain its main activity also in the future. With respect of the production of electric motors, the emphasis will be on universal components which would allow the broader nomenclature of motors and keep their price low. We foresee the increase in the load of subcontracts. The results of 1999 to 2002 show the increase trend in repair services.

The production of wind-generators will be continued with an objective to add to it an electronic side using micro-controllers.